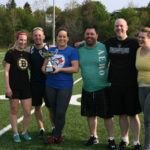 Brendan Johnstone scored two tries for the Bruisers, while Kathleen Boyle and Andrew Pollabauer each had single tries. Other members of the championship team include Cynthia Carter, John MacKenney, and Paula MacDonald. Chris Stevens and Graham Morrison each had one try for the Delta Force. 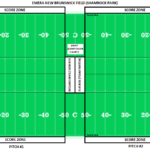 Can you believe it??? The inaugural season of the Saint John Co-Ed Touch Rugby League (SJTRL) is finally here!!!

The Games start at 6pm sharp at the Emera New Brunswick Turf Field (located at Shamrock Park). We plan on being there by 5:30pm. This is in case anybody wants to arrive at the field early to discuss any rules (i.e. Onside/Offside, Acting Half) or practice Passing, Roll Balls, Tap Restarts, pay any outstanding dues and etc…

To find out what Team you are on, you can find out when you arrive at the field as it will be posted or now via the website by http://www.saintjohntouchrugby.com

We want to Thank each and everyone one of you who did register for this inaugural season of the SJTRL. You are all part of the beginning of what we want to become a long lasting League!!!