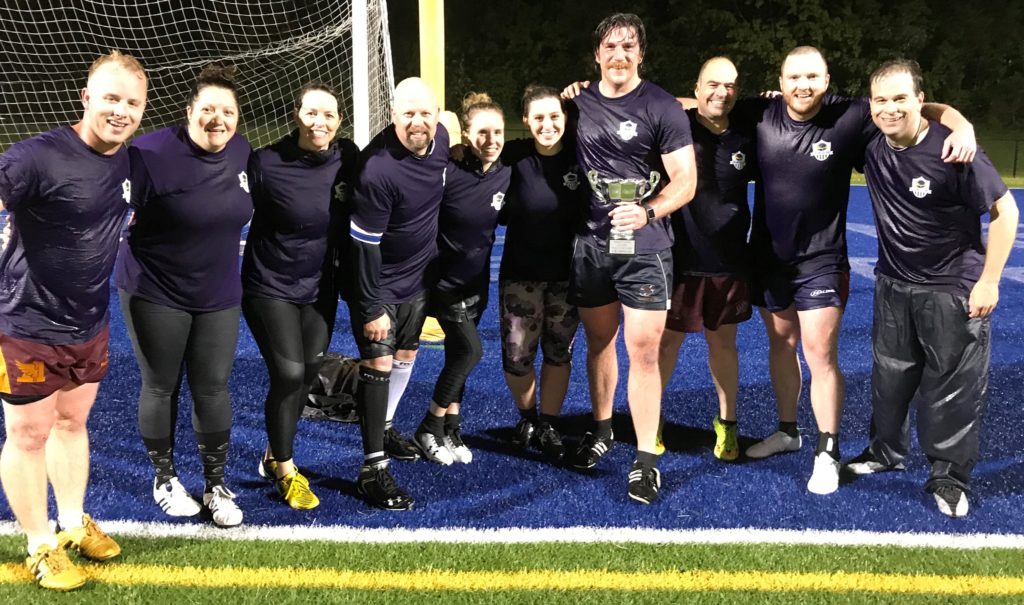 The fourth season of the Saint John Co-Ed Touch Rugby League concluded with an Overtime battle which ended up to a 3 on 3 for many minutes.  Congrats to Somethin’ Sweet as they defeated Rolling Thunder 4-3 in OT to win the 2019 Spring Season Championship.  Andrew Feetham scored three tries which included the game winner while Trever Seely had a single try.  For the Rolling Thunder, Mathieu Doucet scored twice while Ryan Lanigan scored a single.